For anyone who has seen pictures or been inside the Executive Mansion, it can be hard to believe that it was ever any less modern than it currently is. However, for centuries, the White House has been equipped much like any other home or building. After construction was complete in 1800, it lacked all modern amenities such as electrical service, plumbing, heating, and cooling, mainly because such amenities didn’t exist yet. Over the years, numerous updates and projects helped the White House catch up with the times.

This year, celebrate President’s Day with some local Merced plumbers as they share facts about the President’s House.

The First Plumbing in the White House

There was no plumbing whatsoever at the White House for the first quarter of a century. That means that residents handled bodily functions in chamber pots and privies, and water was hauled in by hand from nearby pumps. It wasn’t until John Quincy Adams’ presidency that a pump was installed on the White House grounds. Even then, this was only for irrigation since the president enjoyed gardening as a hobby. He shared the pump with the nearby Treasury building.

Shortly after this, President Andrew Jackson piped the water into the building, but it was still distributed by hand. He added a bathing room on the first floor of the East Wing that seemingly had the sole purpose of simplifying filling tubs for White House personnel to bathe in.

President Franklin Pierce added the first true bathroom in 1853. The new bathroom featured pressurized hot and cold water, so it was accessible on the first and second floors. Flush toilets were also installed. This made plumbing the first utility available to the nation’s presidents since electrical service and HVAC wouldn’t come for another 40 years.

The Legendary Bathtub of President Taft 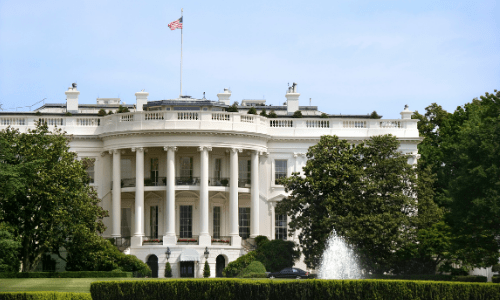 If there is one historical tidbit that most people know about the nation’s presidents, it’s that President William H. Taft was a large man. He weighed a reported 350 pounds, nearly 3 times the amount as the average man at the time. As the myth goes, he got stuck in the bathtub in one of the presidential bathrooms and ordered an enormous bathtub.

While it is a good story, it’s most likely untrue—the early records come nearly 2 decades after his term as president. What is true is that he had a new tub of legendary proportions installed in the White House, and he liked it so much he ordered the same accommodations made for him in guest houses and ships that took him on tours.

“Leak” Repair in the Nixon Administration

Another “plumbing” story that most people are unaware of is that President Nixon had an elite group of “plumbers” that served the White House. Their job wasn’t to keep the toilets running but to plug “leaks.” 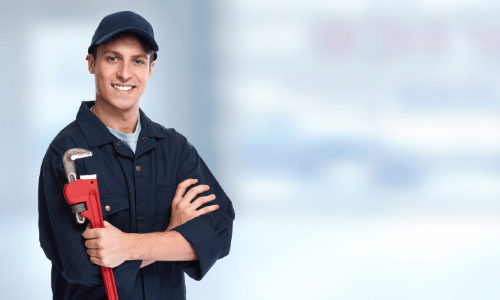 Under President Nixon, a large cache of top-secret documents were published that exposed governmental misinformation about the Vietnam War. Nixon responded by starting the task force that he called “Plumbers” to try and rein in the exposition of classified materials.

Our job isn’t finished until you are completely satisfied with the work we’ve done. That’s our promise to you! If you see anything you’re not completely happy with, we’ll make it right at no additional charge to you.

From our highly skilled technicians to our friendly and helpful customer service team, every member of the Clean Flo Sewer & Drain team is expertly trained and completely professional.

When a plumbing emergency strikes, it usually can’t afford to wait until the next business day to be addressed. That’s why our team is available 24 hours from Monday to Saturday to help you when you need it most.

We understand that expenses related to plumbing issues can be unexpected. That’s why we offer financing packages through FTL Finance. Give us a call for more information about financing your next service.